An update on progress made by our research partners

Professor Len Gray at the Centre for Research in Geriatric Medicine at the University of Queensland. 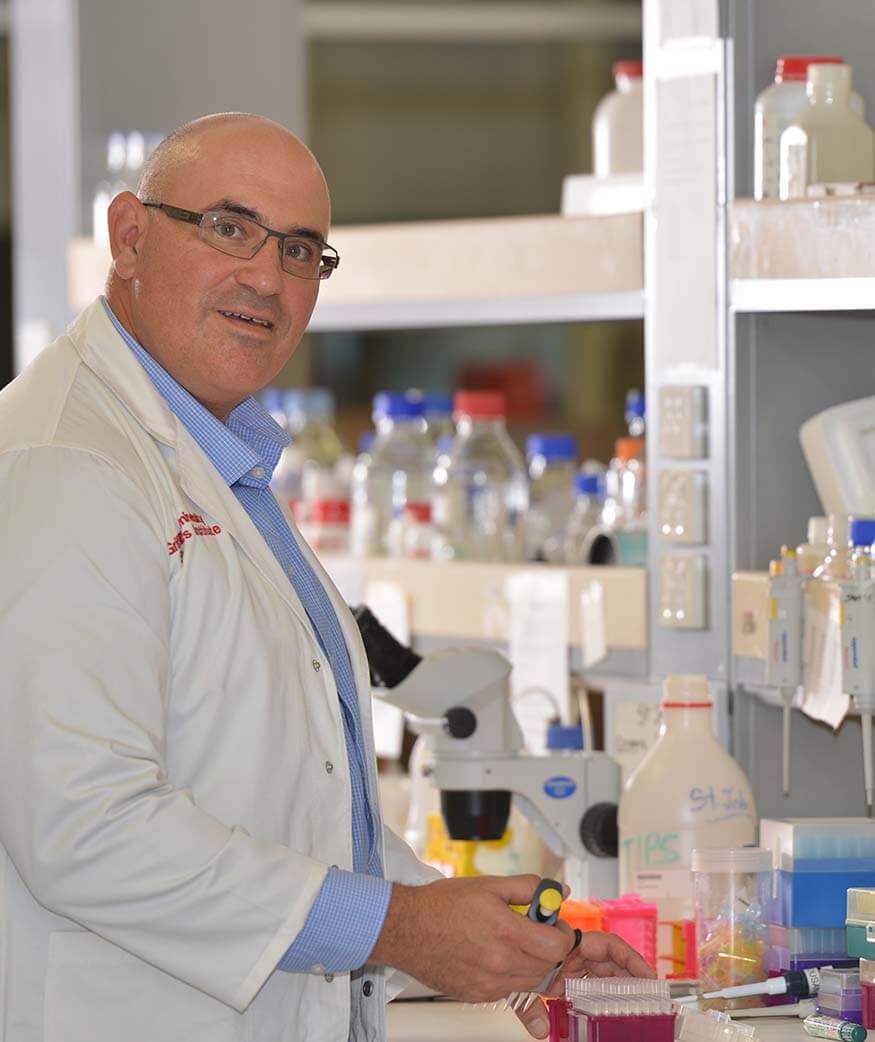 Aegium Foundation is excited to provide its donors and supporters with an update on the progress made by its research partners in the last 12 months.

Currently supporting the work of Professor Len Gray at the Centre for Research in Geriatric Medicine at the University of Queensland and Professor George Mellick at the Eskitis Institute for Drug Discovery at Griffith University, Aegium Foundation is a not-for-profit organisation dedicated to making older age a time of greater health, greater dignity and greater potential.

Aegium Foundation Chairman, Tony Love, said it was important to celebrate what might seem like small victories, as all progress would ultimately lead to a breakthrough for older Queenslanders wanting to lead a more vibrant life.

“I am delighted to share that Professor Len Gray and his team at the University of Queensland, who are working on bringing telegeriatric services to rural and regional geriatric patients, have been successful at introducing these services across more hospitals in rural Queensland. This will allow more patients to connect with specialists in a timely manner without having to travel far from home,” Tony said.

The team has also developed a new system that allow pharmacists to review long medication lists online, minimising the need to travel and increasing access to a valuable service. While, a new method to measure frailty is helping to ensure that patients who are being considered for surgery or major medical treatments can be managed safely.

“Just this month, we saw the international launch of a new comprehensive assessment system which Len’s team developed, that will help to clearly identify patients who have significant problems with cognitive or physical function to ensure appropriate care is given. Much of last year was spent trialling the new system in four Australian hospitals before refining it and going global,” Tony said.

Equally exciting is the work of Professor George Mellick at the Eskitis Institute for Drug Discovery at Griffith University whose team is investigating whether Parkinson’s disease is inherited and if so, developing appropriate treatment for at-risk individuals before the condition advanced.

“In the last 12 months George and his team have continued to study families with inherited Parkinsonism to look for new candidate genes not previously associated with the disease. This work is finding new genes that regulate cellular pathways, which have not previously been associated with Parkinson’s Disease. This is providing new clues to the cause of the disease,” Tony said.

The team has also developed a new method for “High Content Screening” of Parkinson’s disease patient cell lines, that allows them to use drugs as “probes” to examine the way the cells function and/or how they might be dysfunctional. They will use this novel method to identify biomarkers for the progressive disease.

Similarly, a new human cell-based platform has been established to test many thousands of drug-like chemicals to find those that provide protection against oxidative stress-induced cell death.

Tony said the progress made by these two research teams was encouraging and shows that persistence pays.

“Aegium Foundation is very proud to be able to support such talented and dedicated researchers who are making a difference for those in their old age,” Tony said.

“It is vital that we continue to support these projects and keep the momentum going because every dollar brings us one step closer to a breakthrough,” he said.

Make a donation or bequest today to support this important work funded by Aegium Foundation.